17,000 cyclists. 100 miles. Seven hours on the back of a motorcycle. Several of those hours spent facing the wrong way.I loved my job in May filming the Velo Birmingham and Midlands event for rb-create. The team covered the event from all angles including some great aerial shots. It was sometimes a challenge filming from the back of the motorcycle especially when approaching corners at speed while filming facing backwards. The moto rider was very good at letting me know what was coming up over the headset so that helped a lot! The rb-create team put together this great edit. 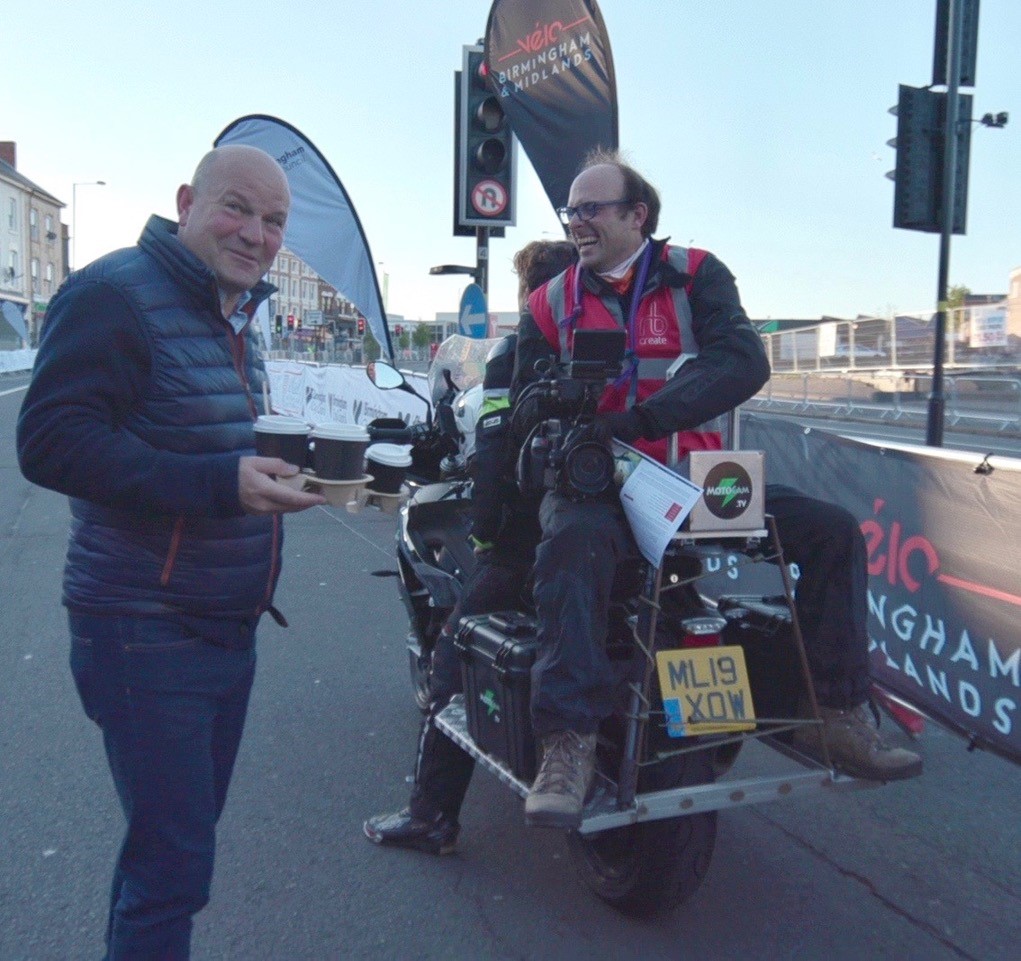