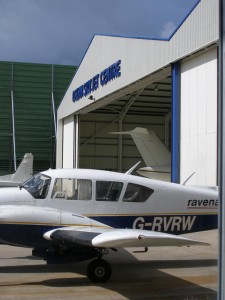 On Saturday I left home at 4.30 am to drive up to Manchester. Once again I was filming Laura Critchley who was catching a privately chartered plane to fly down to the Isle of Wight where she was performing at the Festival. It was a bumpy ride in a tiny four seater plane which was older than Laura! We touched down safely after a flight of just over one hour. After her set, we got back on the plane and flew back up to Manchester where Laura was once again supporting Boyzone.

I left Manchester at 9pm for the long drive down to Somerset where I had some filming to do at dawn involving a hot-air balloon and a microlight. I can’t say any more about it at this point but all will be revealed in a week or two so watch this space! Filming started at 5am so I could only snatch 4 hours sleep in a lay-by. Arriving back in London, (14 hours behind the wheel and 4 hours sleep in two days) I was in need of sleep. I’m off to bed!