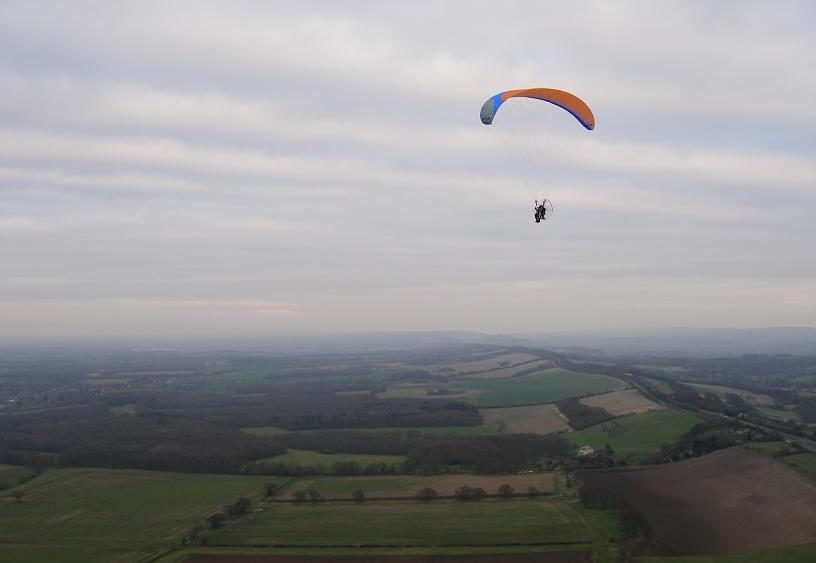 Paramotoring along the Hogs Back after work

This morning I was doing some corporate filming for a company in the West End that specialises in e-commerce. General filming of office scenes, meetings etc. I had looked at the forecast before setting off in the morning so knew that it was likely to be flyable later on in the afternoon/evening. As soon as the job was done I went home to get changed, loaded up the car with flying gear and drove down to Guildford.

I met up with Tom and Laura who happened to arrive at exactly the same time as me. The wind dropped soon after we arrived and we flew along the Hogs Back towards Tongham, following the A31. I wished I was flying my new wing as I was on my slow paragliding wing and found it impossible to keep up with Tom and Laura. Tom and I also had problems with our radio comms. We need to sort that out before the next flight. I only had 40 minutes in the air but it was good to be flying again.