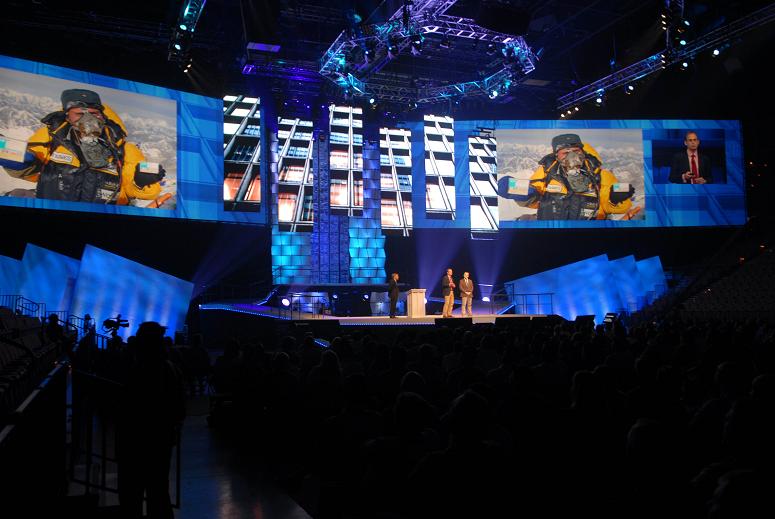 It’s been a busy few weeks what with flying to Frankfurt and Zurich on consecutive days to do some corporate filming for UBS Warburg followed by four days in Las Vegas at a Hewlett Packard press conference. Tom and I were invited to be keynote speakers at the HP Technology Forum and Expo 2007. We arrived expecting to be talking to a hundred or so in a small room and were rather surprised when we walked into an arena that seated 12,000 people, complete with two banks of 30 foot high video screens and TV cameras on huge cranes! We spoke about testing prototype HP equipment at Everest Base Camp and taking two of their storage tapes up to the summit last year.

Tom and I had hoped to include some paragliding in our itinerary and I managed to contact a small club based in Vegas that flew on a desert site half an hour out of town. We managed 3 evenings of flying in temperatures above 100 F. The conditions were a bit strong for a newly qualified pilot like me and one flight saw me being blown back over the ridge where I luckily managed to land safely despite moving backwards. Local pilot Carl Appelin and his girlfriend Melonie went out of their way to help us out, picking us up from our hotel and driving us back each night. Thank you to both of them!