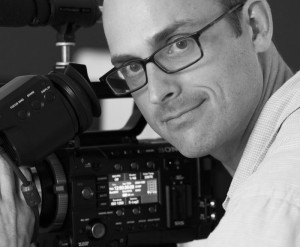 Ben Clowes is an experienced, London and East Anglia based director of photography and lighting cameraman with almost 20 years experience.

He relishes the challenges of self-directed shoots with lighting and audio and can be trusted to deliver what’s needed in sometimes stressful and challenging circumstances. He also loves fitting in with a crew and working in a team environment. He has covered all sorts of projects for broadcasters including BBC, ITV, Al Jazeera and The Olympic Channel, and organisations including FIFA, IBM, Google, Facebook, Hewlett Packard, Linley, Armani, Gieves & Hawkes, Garrard, Rolex, Swarovski, Decca and Bonhams amongst others.

Ben’s love of cameras started at the age of eight when he was given a stills camera for his birthday. Capturing life on film has always fascinated him. A passionate mountaineer and paraglider pilot, a camera has always accompanied him on various expeditions around the globe. Although his working life started in the City of London working for a financial company, Ben soon realised that there was more to life and left to transform his passion into his career.

He started filming documentaries almost twenty years ago, which took him all over the world, filming from the summit of Everest and from tanks and helicopters in Basra, Iraq. Although he still enjoys documentary style filming, he is now more often found filming sport, music, fashion and food & drink videos as well as corporate promotional videos. Whatever the subject, he brings his enthusiasm for capturing stunning images and always works hard to ensure that expectations are surpassed.